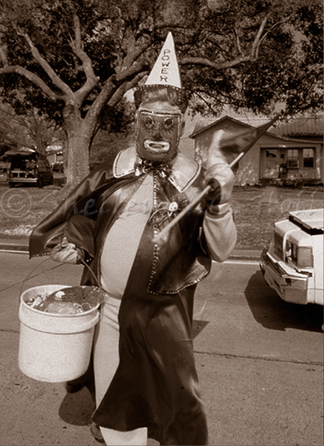 
" A long time ago when the carnival celebration was brought from Europe people wore traditional costumes satirizing those in power; mortar boards for scholars, miters for priests, & dunce caps for politicians.

No women on the wagons, ' this man growled when he kicked me off a wagon load of Courir du Mardi Gras revelers in the town of Mamu where I had gone to photograph Cajun Mardi Gras. Later I learned that he was the town Sheriff."